Sure they’re cute, but they could also terrorize your precious yard. If push comes to shove, could you resort to shooting squirrels in your backyard? That’s the million-dollar question we’ll solve today.

If you’ve been trying to get rid of them, you’d probably know by now how hard it is to get rid of squirrels. They’re small, nimble, and oh so annoyingly fast.

In this article, we’ll take a close look at whether or not shooting squirrels in your backyard is legal. We’ll also look at other ways you can get rid of squirrels without guns. 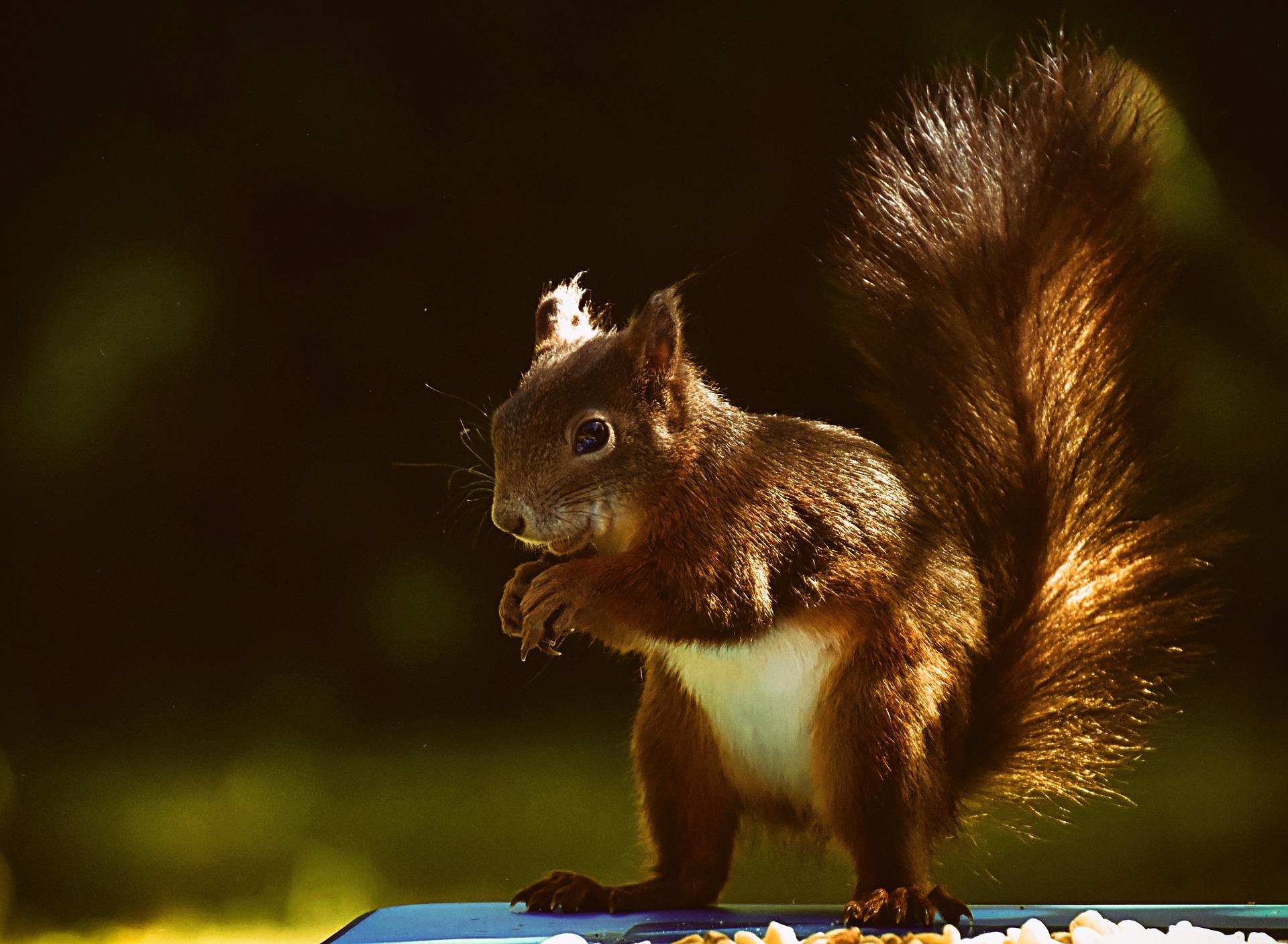 There are plenty of valid reasons that might make you want to shoot squirrels in your backyard, such as:

Are There Laws Against Shooting Squirrels in the US?

The short answer is – you cannot simply kill squirrels as you please.

In many states, you need to have a permit to kill them. Your reasons must be valid (i.e., you can’t tell the authorities “because I feel like it”) and the department of wildlife will evaluate your application (and may accept them during certain seasons of the year).

Generally, you can get rid of squirrels by shooting them for an instant kill. The reason is to prevent animal cruelty. You also cannot cut squirrels into pieces, throw them into a fire, or torture them to death.

Getting this permit might be easy, depending on the reason stated in your application and your state of residence. You can also get a permit to kill squirrels for your consumption with a hunting permit. The other permit is the Nuisance Wildlife Permit for squirrels (each state has its own).

This permit is granted when the squirrels have damaged your property or are posing a threat to your life. However, you’ll need clear evidence to show to the department of conservation to support your claims.

If you do not have evidence, they may prosecute you for shooting squirrels illegally. These are the only permits you can get and it varies across states. Failure to obtain a permit before killing a squirrel incurs penalties that differ nationwide.

Despite this, killing squirrels in urban locations is considerably more difficult than in rural regions, and it causes a lot more care and attention.

Possessing a Firearm In The U.S.

To buy shotguns or rifles and ammunition, citizens and legal residents must be 18 years old above. The Gun Control Act of 1968 (GCA), which governs the sale and use of firearms at the federal level, states that all other firearms, such as handguns, can only be sold to those over 21 years.

State and municipal governments may impose stricter age limits, but they may not decrease the federal minimum.

Once you’ve gotten your permit and a firearm, you can now go on shooting squirrels in your backyard.

Shooting squirrels without injuring them requires the use of a proper gun, and the gun you choose is crucial.

Some weapons injure squirrels rather than killing them (which is illegal) and the state authority will prosecute if you get caught.

Our preferred rifle choices for squirrel hunting are the following:

There are ways to shoot squirrels in order not to make a mistake or go against the law. The following guidelines will help you:

Step #1: Stay Close to the Squirrel

You have a better chance of shooting and killing a squirrel if you are close enough. It increases your odds of hitting your target and ensures that you do not miss or maim them.

Instead of firing several risky (and probably iffy) shots from a distance, it’s best to get as near as possible to the squirrel. That way, you can precisely target a better kill shot.

It’s always best to sit or lie on the ground before taking your shot. And if it’s the squirrel that can’t sit still, try to feed it some bait. Trying using nuts, grains, seeds (including acorns), fruits, or vegetables.

Step #3: Shoot Only on Your Property

Never fire at a fleeing squirrel. Things can easily go sideways, especially if your neighbors are close by, and you could find yourself afoul of the law.

Shooting squirrels without hurting your family, pets, or other animals, as well as offending your neighbor, is difficult and requires great care.

Make sure that no one is standing in the direction you plan to shoot. Scan your peripherals. The last thing you want to do is end up misfiring and injuring someone.

Step #5: Safely Dispose of the Body

Once you have made your kill, dig a hole to bury it. Don’t put it in the bin. Dead bodies don’t belong in the trash.

You might not want to go through the trouble of obtaining a squirrel-killing license. If you are afraid of holding a gun or believe you should be humane, there are even more simple ways to kill a squirrel.

Traps are one of the most common and widely used methods. There are various traps available, such as basic and snap traps. However, they are not as effective as lethal traps. The reason is that lethal traps kill squirrels directly rather than just catching them as other traps do.

That is the only way to get rid of squirrels without stressfully having to shoot them with a gun, an arrow, or any other weapon.

They are difficult to catch, notice, and sometimes even see because they are pretty speedy creatures, jumping, climbing, and escaping in a matter of seconds. Lethal traps allow you not only to catch but also kill them.

The Eliminator Electric Squirrel Trap and the Black Hole Rodent trap are the most simple and effective lethal traps.

They can help you kill squirrels without exerting much effort, minimize risk. These traps also require minimal time to manage or care for them. One key disadvantage of such a trap is that they pose a hazard to pets or little children who may slip into the trap.

Implementing the right safety measures and keeping your pets and loved ones away from the trap should reduce the danger lethal traps pose.

You should first verify with your state or department the extant laws surrounding lethal traps for squirrels and other rodents.

Like traps, arrows, and bows kill squirrels. But they, like guns, take some effort to do so. The simple technique is to identify the holes and places the squirrels frequently and monitor them.

Once you have found the squirrel, target your arrow on the head, and shoot hard.

You can poison squirrels besides shooting them with a gun. In some areas, poisoning squirrels is lawful. In states such as Denver, it is not. You should contact your state’s wildlife department for more information.

You may use the poison option if it is permitted. This, like lethal traps, will complete the task if placed in the proper location, but it has a few drawbacks. If you have children or pets, you may use this only if you can entirely protect them.

States that allow the killing of squirrels with poisons require the use of lethal poisons designed for them. This will reduce the risk of the squirrels being hurt rather than dying.

If you can find the correct poison and keep it out of the reach of children and pets, killing squirrels with poison is a viable option.

Before you shoot squirrels, make sure you obey the rules of engagement. Try to get permission as much as possible.

If you react in a rage to the alleged damage caused by the squirrels, you may find yourself in legal problems. Follow the criteria outlined in this article and the Department of Wildlife guidelines. How High Can a Raccoon Jump? Know This Before Building a Fence